Sledgehammer Games has just released the Patch Notes for Call of Duty: Vanguard Season 2 Reloaded which includes multiple bug fixes, changes to sniper, and much more.

In the notes, also includes a bunch of changes to multiple weapons, as well as new updates to multiplayer and zombies content-wise. Aim Assist fixes also were outlined saying a mass test would be needed.

Down below is everything you need to know about CoD Vanguard Season 2 Reloaded, be sure to follow @WarzoneQG on Twitter for updated news! Gather round, friends. In less than 24 hours, Vanguard Season Two is about to get a huge midseason update. Along with new seasonal content dropping in today’s big update at 9 AM PT, you can expect to see significant changes to gameplay with a Sniper Rifle balance pass, Aim Assist fix, Map exploit fixes, and performance updates. We’re also going to kick off the upcoming weekend with a Featured Playlist update and Max 2XP Weekend!

Now is a great time to grab a drink and some snacks because it’s blog time, baby.

On Thursday, March 10th, we got a little too excited and announced that a significant balance pass for Sniper Rifles was live. Unfortunately, these changes would not be made available until the Season Two Reloaded update. Well, tomorrow they are coming! Let us know what you think.

Missed the early announcement? Here are our goals for this balance pass…

Given your feedback and our metrics, we recognized that Sniper Rifles were underperforming across the board.  Because of this, we wanted to focus on the strengths and weaknesses of each weapon in this class.

Let us know what you think of these changes. Your feedback will play a critical part of future weapon balance passes. We look forward to sharing more in the near future!

In Vanguard Season One, we saw reports from players who suggested that the Aim Assist system was not always functioning as it should. Today, we are optimistic we have fixed a bug that caused Aim Assist to intermittently deactivate while engaging an enemy player.

First, we want to thank everyone who shared clips of this problem. This bug was very difficult to reproduce and the video clips were critical to the QA investigation which helped our Engineering team diagnose and solve the issue.

Please note that although we have tested this fix extensively with our team, the real test is in the live game environment with all of you. Please let us know if you are still encountering problems with Aim Assist while playing Vanguard.

In this update, we paid special attention to improving the overall quality of our Multiplayer maps. We have made efforts to improve spawn logic in difficult scenarios, namely high-intensity Combat Pacing selections and objective-based modes. Several improvements have been made to the environment to prevent players from taking advantage of exploits, such as spawning in a player’s line of sight. We’ve also improved pathing for objective points for certain Modes on several maps.

Please note that the spawn changes in tomorrow’s update are fixes and improvements to situational exploits and there is no sweeping change to spawn logic. However, we will continue to iterate on our spawn logic in the coming updates and look forward to sharing more soon. 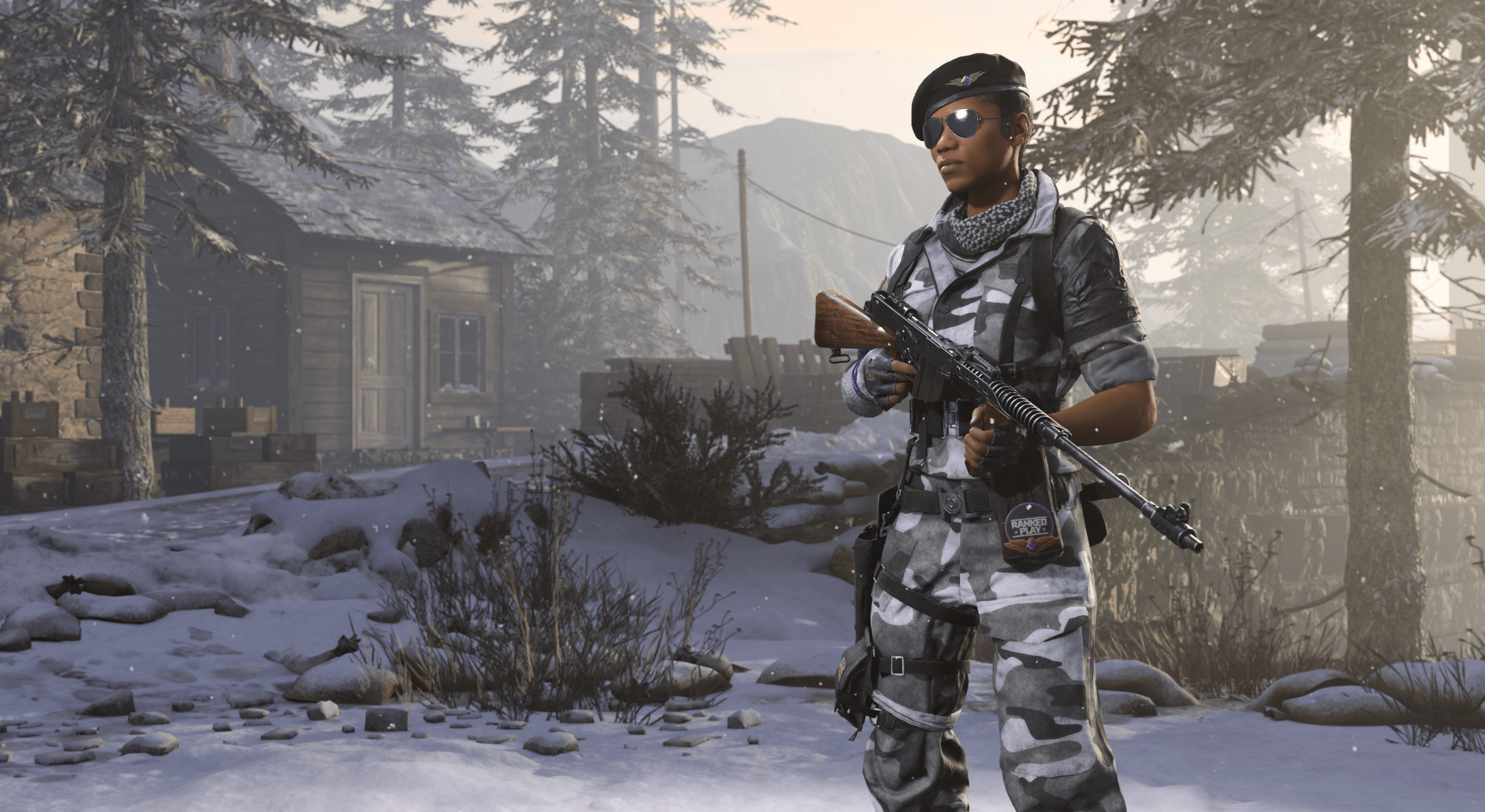 Start grinding for the ultimate bragging rights as one of the highest-ranked players in the world, and earn new rewards no matter which Skill Division you’re in, including Weapon Blueprints, Camos, Charms, and Animated Emblems. New rewards will arrive with each season, so be sure to earn your Season Two Rewards while they’re available.

Ranked Play competitors will now be able to form parties with more friends outside of their Skill Division via newly expanded party restrictions. Additional suspension rules have also been added to penalize players who quit mid-match. Read on below for everything new coming to Ranked Play, and remember… play to win. 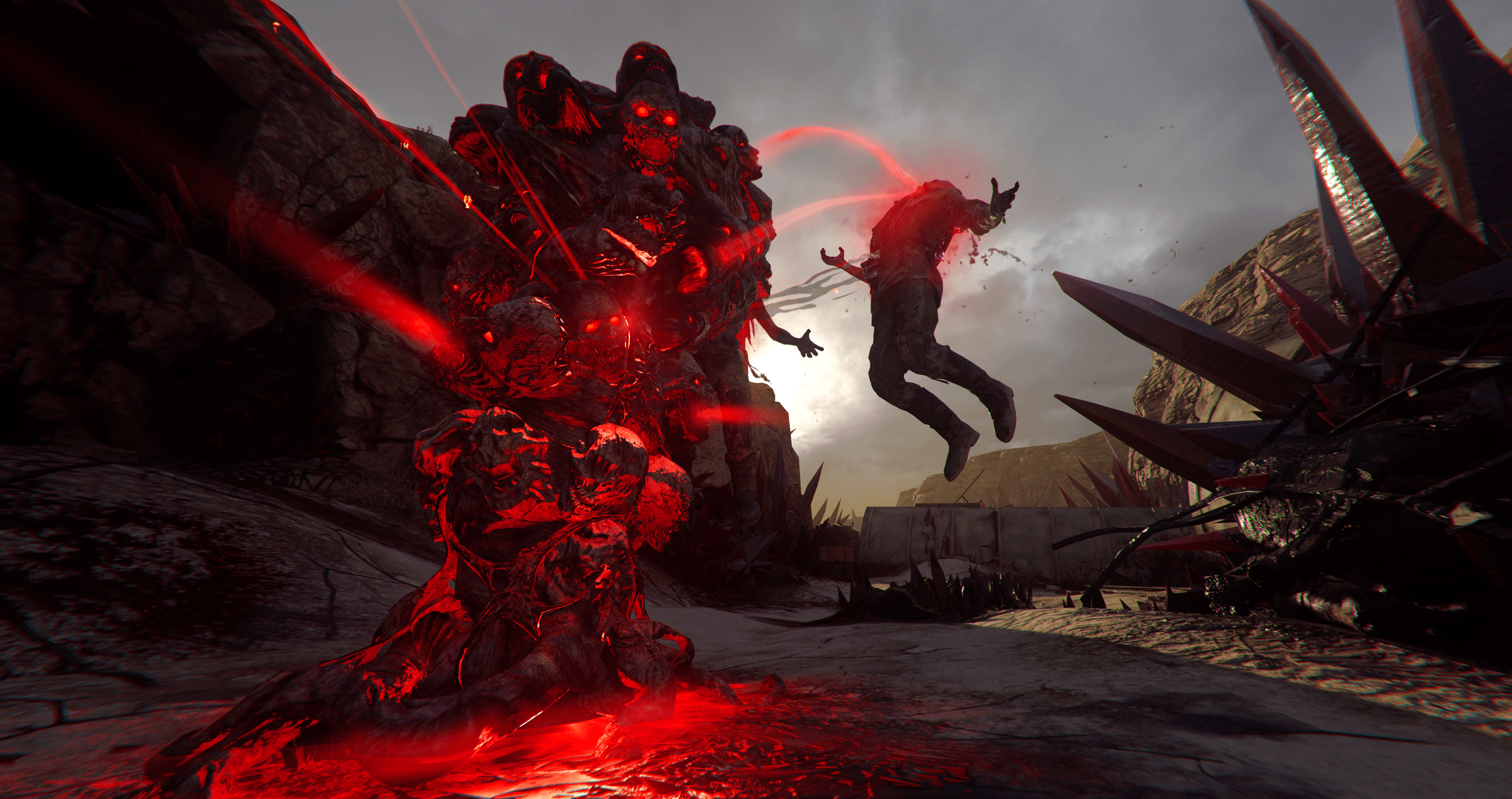 Season Two Reloaded brings Dedicated Server Pause to Vanguard Zombies, allowing solo players to pause for up to two hours collectively in matches played on dedicated servers. The inactivity kick timer has also been extended for players in public matches, so you’ll have more than enough time for a bathroom break while your friends keep the undead at bay.

Two powerful new Covenants arrive this week with three rarities each: equip Critical Expertise to boost your critical hit rates, and Explosives Expert for when you want to go loud. This update also includes improvements to the Decimator Shield & Ray Gun, the addition of the Sacrifice Objective to “Der Anfang,” Season Challenge improvements, various bug and stability fixes, and more. Check out the full patch notes below: