Sledgehammer Games has just released a blog outlining everything being fixed in the Season 1.5 update for Call of Duty: Vanguard which includes weapon balancing and more.

Many of you have been frustrated with the lack of communication with the Call of Duty developers after they went on holiday break, good thing is that ends now with the mid season update.

Down below is EVERYTHING you need to know in terms of weapon balancing, bug fixes and more, which will be coming today January 11th at 4pm PT.

Welcome, friends, to a new year. We’re happy to report that our Season 1.5 Update has some resolutions we’re eager to share with you. This update is due to go live today at 4 PM PT.

You may have noticed some intel from our social channels last week teasing the upcoming changes to Vanguard Multiplayer. Along with new seasonal content in today’s update, you can expect to see some significant changes to gameplay and bug fixes. We’ve nerfed Incendiary Grenades and updated Perks to give you new ways to counter fire damage (sorry for the excessive burns). Alongside this, we completed a weapon balancing pass that buffs Sniper Rifles and fixed a few Camo Progression bugs that should allow you to unlock Atomic. Also, we’ve adjusted some of those crazy Control spawns and remedied a few issues resulting in packet burst.

We’ve heard your feedback on the issues you’ve been facing since Vanguard’s launch and we want you to know that we are committed to improving the state of Vanguard Multiplayer. Bluntly speaking, not every fix in today’s update will be a perfect fix. Some issues, especially with spawns and packet burst, might take us some time to thoroughly address. But we want you to know we hear you, we’re working on those things (and more) and you can expect more updates coming to Vanguard before Season 2.

Today’s update doesn’t only include seasonal content and changes to MP. It also includes a Zombies update from our partners at Treyarch. Read up on the top changes here, or you can get the full Zombies treatment over at the Treyarch blog. 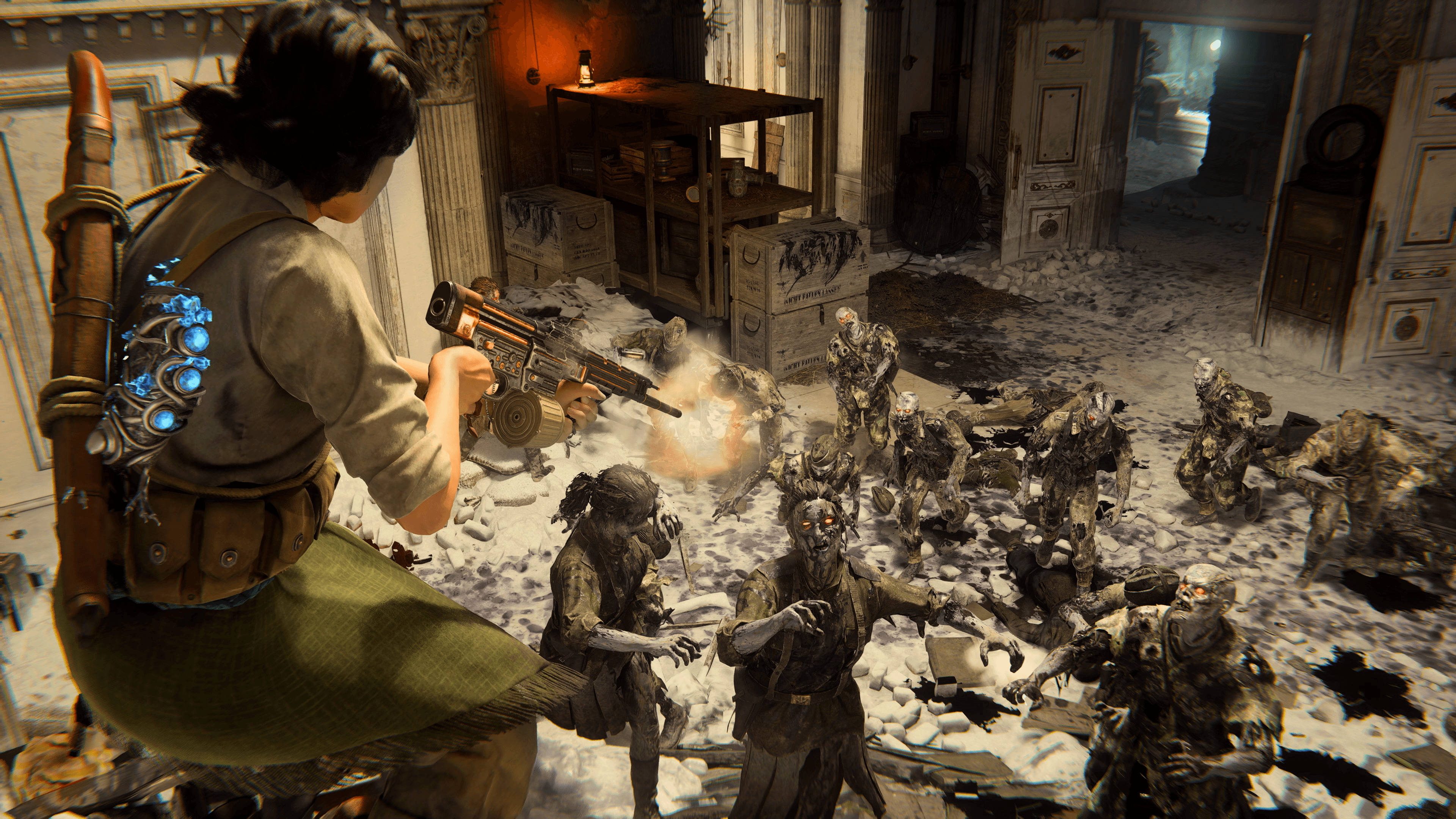 In Zombies, classic survival gameplay arrives in “Shi No Numa” this week with the new Void Objective for players who want to kill endless waves of zombies, watch the rounds go up, and grind weapon camos to their heart’s content. Explore Von List’s Office, a previously unavailable area that harbors narrative secrets and a mysterious new portal. Upgrade your Artifacts at the Tome of Rituals, equip three new Pack-a-Punch camos, build the Warmachine and Deathmachine at the Crafting Table, discover new narrative intel, and more.

The Combat Shield also joins loadouts and the Mystery Box, and new weapon unlock challenges for the Katana and Welgun SMG are coming to Zombies. Get the full overview of everything included in this week’s update over at the Treyarch blog.